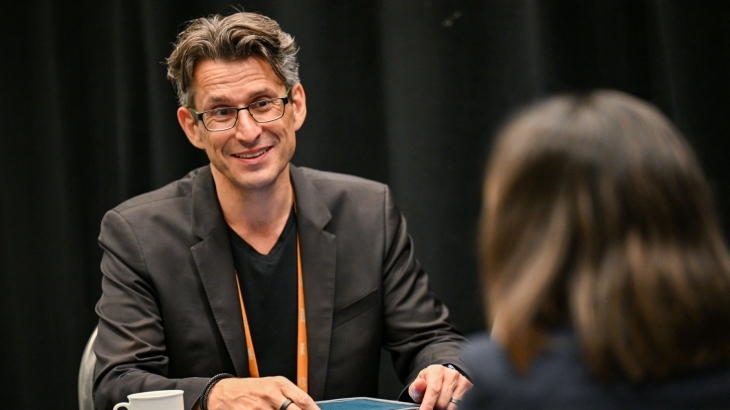 Hospital visits, especially to a new doctor, usually require a patient to bring and sign a lot of paperwork. There is the repetitive process of filling out multiple forms with one’s basic information, and even specialised forms for one’s previous health assessment. The only thing more tedious than filling out all the forms? The long lines. The waiting. The dreaded possibility that one would be made to come back and do everything all over again because of missing paperwork or the need for new tests.

The forms and the lines are not the same for everyone. A study published at the US National Library of Medicine found that Black, Hispanic and Asian emergency room patients have significantly longer waiting times than White patients. Inequities such as this can be seen the world over stemming from different factors, such as racial biases, poverty levels, access to technology, educational level, location, and the like.

This is why cloud giant Amazon Web Services (AWS) has made its products available to healthcare providers. For AWS Chief Medical Officer Rowland Illing, cloud technology is imperative in making healthcare more affordable and accessible at a huge scale.

“We’re at the tipping point where patient care can be positively impacted by the power of cloud technology. The impact is allowing the democratisation of access to data, to computing power, and to services. Through those different aspects, AWS is really enabling the digitisation and utilisation of healthcare data,” Illing said in an interview with Healthcare Asia during the AWS Summit Washington DC on 24 May 2022.

The AWS executive added that he sees a bright spot in the Asia Pacific region, citing India’s GI Cloud Initiative (Meghraj) and Australia’s Cloud Procurement policy as signs of greater adoption to come.

“In India we’ve seen a massive adoption of cloud technology on behalf of the government. The telemedicine platform that was built during COVID was built by the government and the national health system on AWS, called eSanjeevani. And that scaled up to deliver telemedicine services for the whole of India, now 1.4 billion people have access to the platform,” Illing said.

“I think the level of cloud maturity differs in different countries, and we ran different studies with several governments in Asia Pacific, with the idea to understand the barriers to cloud adoption and how we can make it go faster… more mature countries have cloud policies in place,” Illing said.

Government policies are key to the fast adoption of cloud technology, Illing said, citing the need for separate policies for delivering cloud services safely, procuring cloud, and having new government services be on the cloud as soon as it starts.

Education is key to helping people understand cloud technology, as there are several common misconceptions about it. Some issues about adoption, Illing said, might not even be issues at all.

“It gets talked about a lot, but data privacy is not only possible [on the cloud], it is also preferred. [Our partners] want to move to the cloud because of data privacy,” he said. He explained that AWS gives its partner healthcare providers granular access controls, making it easy for them to set up specifics on who has access to what data, when, where, and how.  It has application program interfaces (APIs) for data encryption and protection.

To help bridge this knowledge gap, AWS has set a goal to train 29 million people by 2025 in cloud technology and how to deliver such services. Training has already started in the Asia-Pacific region.

For example, how can cloud technology help those from developing countries who have no access to modern technology? Illing explained that it’s not a matter of having the patients themselves connect to the cloud. The help comes more from how their healthcare providers have access to not just their data on the cloud, but also to the means to make sense of such data.

“There is an enormous challenge of coping with the vast amount of data available.
When we go to the individual patient level, there’s always been a limitation to access to data even before cloud came to the equation.”

But a patient need not have access to the internet to benefit from cloud technology. AWS partner WelTel has delivered its services to HIV-positive patients in Rwanda and indigenous communities in Canada and New Zealand through text messaging. The cloud technology is on the back end, allowing WelTel caregivers to better manage their processes so they know when and how to send these text messages to their customers.

Vodafone’s m-mama lets pregnant women in African countries phone a dispatch centre to call them a taxi-ambulance to drive them to the hospital when they need to go. This led to a 27% reduction in maternal mortality since 2013.

“You can connect with whatever [the patients’] medium of choice are. We're developing some interesting communications technology to engage patients at their point of need,” Illing said.

Going back to India, telehealth services have benefitted greatly from cloud technology. And the demand for such services will continue past the pandemic.

“There's still going to be a strong demand. Obviously, people will go back to the way things were, but now there’ll be more flexibility… there are a whole range of things that can be done remotely like follow-ups, decision making such as whether or not you need to see a doctor. You can triage, that’s an incredibly powerful thing,” Illing said.

What cloud computing can do is put different people in the same healthcare organisation on the same platform, no matter where they are. A more ambitious, but doable goal is to put data from different care-providing services in one platform that all the health workers from a particular hospital can access. It will take only a few clicks for a doctor to get a wholistic view of a patient’s records. It can be a storage of records of different emergency room visits so one can quickly assess whether or not discrepancies of care exist between parameters such as race, poverty levels, and religion, why they exist, and what can be done to give everyone equal and quality healthcare.

Moving forward, Illing expects AWS to help more healthcare providers all over the world, and more institutions to realise the value cloud brings.

“We’re going to have a whole state moving to the cloud,” he said. Just this April, the Australian government’s Digital Transformation Agency (DTA) renewed its contract with AWS, giving government agencies, public universities and government-owned corporations access to its cloud services. “India is planning to move all of their services to the cloud as well.

He is excited to see more APAC countries release their roadmaps for adopting cloud technology, and said that things can only get bigger. 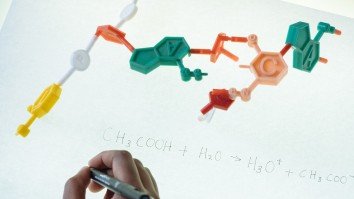 HKSTP, global pharmaceutical firm launch programme to speed up R&D in immunology
Qualified startups can apply to access extensive biotech funding.
Healthcare
The doctor is logged-in! Yashoda Hospitals gets on the metaverse 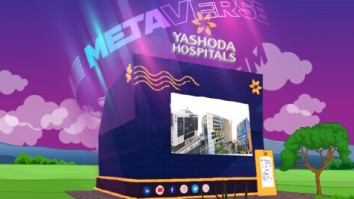 The doctor is logged-in! Yashoda Hospitals gets on the metaverse
It seeks to offer health treatment on metaverse and hire metaversians.
Healthcare
HK Anti-narcotics committee seeks to weed out ‘wide availability’ of CBD 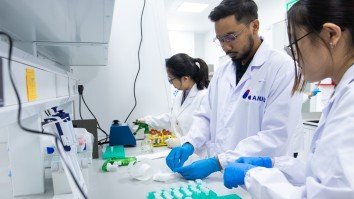 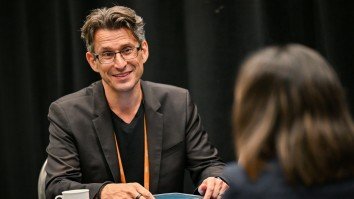 Is Asia ready to put healthcare on the cloud? Here’s what an AWS executive has to say
Amazon Web Services Chief Medical Officer Rowland Illing says countries will move at different paces.
Healthcare
Why procurement is the biggest hurdle in green hospital goals—and how to conquer it 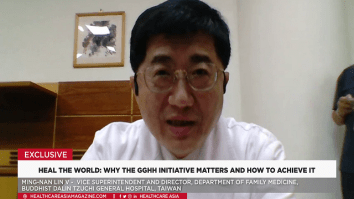 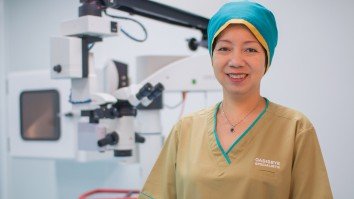 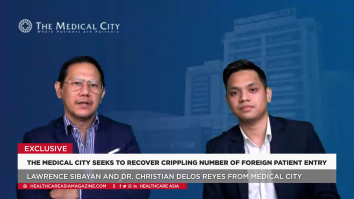 The Medical City seeks to recover crippling number of foreign patient entry
It cut the price for executive check-ups by 15% for travellers from Guam and the Pacific.
Healthcare 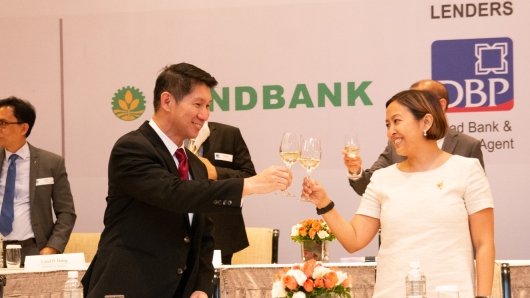 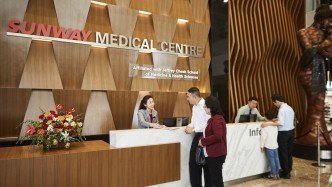 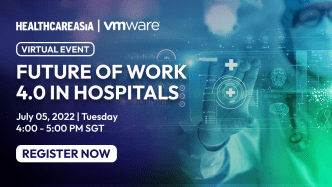 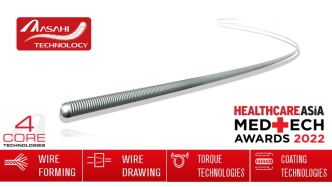 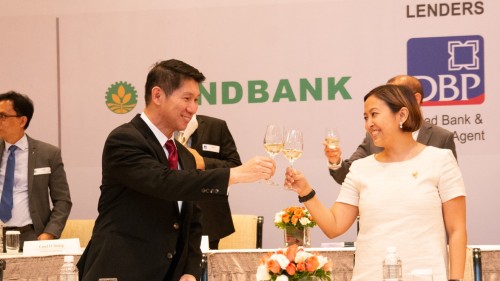 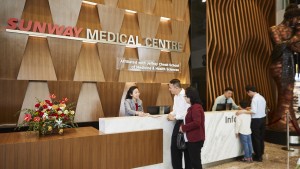 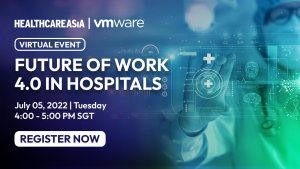 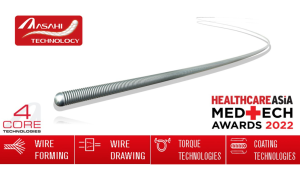 How AI technology is defining the future of Asia’s hospitals