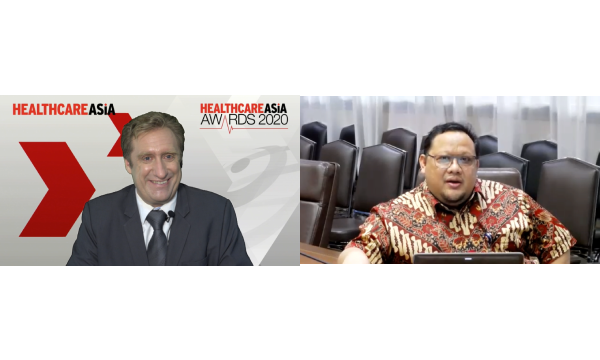 In the metropolitan area of Jakarta, to optimize the management of patients with ST-segment Elevation Myocardial Infarction (STEMI), NCCHK organized and initiated the Jakarta Cardiovascular Care Unit (CCU) Network System since 2010. The Jakarta CCU Network System pledges the best cardiovascular services for the community by initiating an early diagnosis, and immediate transfer for a timely primary percutaneous coronary intervention (pPCI) in STEMI patients using a pharmaco-invasive strategy (fibrinolytic therapy with an invasive procedure back-up).

In addition to this, the in-hospital mortality rate of non-reperfused patients reached 13.3%, which was significantly higher compared with patients who received fibrinolytic or pPCI (6.2% and 5.3%, respectively). The analyses of the JAC registry are routinely being used as the performance measures of the Jakarta CCU Network System, and have contributed to many publication in international journals. The results are often used as feedback to improve care. Data from JAC registry showed that compared with the period 2008-2009 (N=624), patients who admitted in the period 2015-2016 (N=1052) were receiving more pPCI (56% vs. 28%, p<0.001), fewer patients did not receive reperfusion therapy (37% vs. 59%, p<0.001), and shorter door-to-device time (median 82 vs. 94 minutes, p<0.001). Overall in-hospital mortality decreased from 9.6% to 7.1%. The data showed that half a decade after the implementation of the STEMI network in Jakarta, Indonesia, the result is better and faster care for patients with STEMI and this has been associated with lower in-hospital mortality.

The STEMI network is organized with a close collaboration with the Ministry of Health, Republic of Indonesia, as well as the Jakarta Regional Government, and may guide the general practitioners and nurses who work at public and private medical facilities to react faster when treating STEMI patients, particularly in health centers with no catheterization laboratory facilities.
Moreover, the Jakarta CCU Network System also guides the physician and nurses to refer the patients to the nearest PCI capable hospital for pPCI.

The prompt activation of the STEMI Care referral system in the region, which includes ambulance service and reperfusion strategy is made through the emergency number 119, a hotline number supervised by Jakarta’s Government Ambulance Service.

Currently, NCCHK organizes the referral protocol through the network system in order to obtain the ECG transmitted from public health clinics or public hospitals. The ECG recording will then be forwarded to the nearest PCI capable hospital, followed by rapid transfer for pPCI in case of STEMI.

To broaden its reach, NCCHK also invites general practitioners and nurses who work at the public health clinics and hospitals, private hospitals and the government ambulance service to undergo a two-week internship at the hospital’s Emergency Department to learn the STEMI protocol and how to fill out the JAC Registry.

At present, accomplishing the JAC registry data can be done digitally via cellular phone, iPad or computer for 24 hours through a dedicated web-based registry. Meanwhile, clinicians can also acquire the treatment guidelines or protocol for heart attack patients at the project’s website.

Watch the awards presentation and interview below to know more about their winning project:

If you would like to join the 2021 awards and be awarded as one of the most outstanding healthcare companies in the region, please email Julie Anne Nuñez at julie@charltonmediamail.com