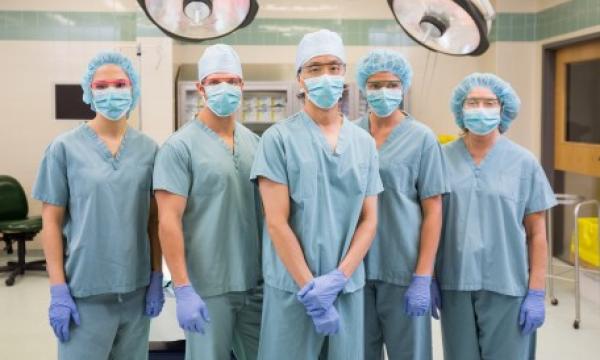 When construction of the Hong Kong Children’s Hospital (HKCH) first started over five years ago, the medical centre was expected to be fully operational starting the last quarter of 2018. Now, with just a few months before the deadline, it is apparent that the hospital’s ambitious targets will have to be scaled down due to Hong Kong’s persistent medical manpower crunch.

The hospital has a planned capacity of 468 inpatient and day beds, but only 268 beds will be made available in its first year of operation. The hospital will also limit its services to only four out of 12 planned specialties, namely cardiology and cardiac surgery, nephrology, oncology, and paediatric surgery.

The HKCH’s fate is a stark illustration of Hong Kong’s shortage of health professionals. Hong Kong lags far behind other developed countries when it comes to the number of medical professionals. For instance, government statistics show that there were 52,389 nurses in Hong Kong in 2016, representing a ratio of 7.1 nurses per 1,000 people. This is a far cry from the Organisation for Economic Co-operation and Development’s (OECD) standard of 9 nurses per 1,000 people, and means that Hong Kong needs 13,000 more nurses. The doctor shortage is even worse: Hong Kong has a ratio of 1.9 doctors per 1,000 people, compared with 5.1 in Austria, 2.8 in the UK, and 2.3 in Singapore.

Part-time doctors and empty wards
The HKCH is not the only government hospital to suffer from chronic understaffing. In 2017, a government audit revealed that almost a fifth of the North Lantau Hospital’s floor space remained unused despite the fact that it has been open for over three years. Ward areas were either empty or used for storage, whilst the hospital’s canteen was left vacant since potential concessionaires believed that it was not a viable business.

Medical equipment was also underutilised and the hospital was still not operating at full capacity. Seven out of 10 major medical equipment had a utilisation rate of less than 60%, whilst some electric beds, wheelchairs, and blood pressure monitors had not been used since procurement. The hospital had less than 400 staff members at the time of the audit report, representing a mere 61% of the headcount needed for full operations.

“There is always a capacity shortfall in the city’s public hospitals, especially in terms of manpower. Public hospitals account for 90% of the city’s patients, whilst employing only 40% of the doctors; whereas the private sector accounts for only 10% of patients whilst employing 60% of doctors, leaving the public healthcare system vulnerable to spikes in demand,” BMI Research said.

In order to ease the strain, Hong Kong officials had come up with parttime contracts which allow doctors to practise in both private and public hospitals. However, such contracts have had unintended consequences, including the controversial case of a surgeon who left his patient midoperation to go to a private hospital in order to conduct another surgery. The patient, who was undergoing a liver transplant, was left for three hours on the operating table with her abdomen already cut open, and the surgery only resumed when the doctor returned over three hours later.

“Hong Kong’s public hospitals face human resource constraints to meet the greater demands from its ageing population. This, along with the chronic underfunding within Hong Kong’s public healthcare system, will continue to undermine access to care,” BMI Research warned.

The government has also tried to ease the burden of the public health sector by encouraging a higher takeup rate of private health insurance. “The Voluntary Health Insurance Scheme (VHIS) encourages more people to use private healthcare services through hospital insurance, thereby relieving the pressure on the public healthcare system in the long run,” said a spokesperson for the Food and Health Bureau.

“The VHIS will provide a number of standardised product features that can enhance consumer confidence in purchasing hospital insurance for using private healthcare services when in need,” he added.

The doctors are out
In a previous interview, UK-trained doctor Daniel Poon revealed why doctors with overseas training rarely return to work in Hong Kong. “Like me, many overseas doctors do not believe returning to the city is a viable career move. To understand this reluctance, one must consider the two main pathways to gain a medical licence in Hong Kong and the opportunity costs associated with each,” he said.

The first method is through the highly competitive three-part medical council licentiate examinations, which is so notoriously difficult that some full-fledged doctors pass only after several tries. Doctors also have to complete an entire year of “retraining” in order to practise locally. This requires fully-trained doctors to be on call for up to 36 hours straight, doing routine work such as drawing blood and inserting IV lines.

“An overseas doctor must first go through the infamous licentiate process before being allowed to practise in Hong Kong. The Medical Council of Hong Kong is very careful about who they allow to work in our community and they have made their requirements clear,” noted Charles Brantly, a UK-trained GP who completed the Hong Kong licentiate process in 2015. “If you decide to study abroad and wish return to Hong Kong in the future as a doctor, you should be confident and competent enough to face whatever the Medical Council throws at you,” he noted. The second route is through a limited registration with the Hospital Authority, which involves a one-to- hree-year contract after qualifying as a specialist overseas.

The situation is no better for foreign-trained nurses. Nurses trained overseas also need to pass extremely difficult professional examinations to register locally. The passing rate has sharply declined in recent years, and was only 4.95% in 2016. A candidate who fails the exam thrice must also undertake a 200-hour course before being allowed to retake the test. As a result, it has been very difficult to recruit new nurses to fill the gap.

Singapore, in contrast, has a far more liberal policy. Singapore’s Ministry of Health requires that specialists undergo a one-year “inclinic” duty, in which a physician of a similar specialty supervises the doctor’s work. For non-specialists, the requirement is two years. As a result, over 30% of doctors in Singapore are foreign-trained.

In order to address the understaffing crisis in public hospitals, the government aimed to increase the number of medical graduates from 250 before 2014 to 420 by 2017.In 2016, the government also announced that public hospitals will get an additional 5,000 beds and 90 operating theatres in the next 10 years as part of a HK$200b ($25.4b) bundle of development projects to cope with a rapidly ageing population.

However, the government has also emphasised that whilst it is providing sufficient resources to improve public services, it will also facilitate further development of private hospitals. “Private healthcare providers in Hong Kong will be well positioned for growth. Supporting this trajectory is the underdeveloped state of the public health sector and the growing importance of private investment towards improving healthcare delivery,” the report noted.

“The private sector is a majority share of the Hong Kong healthcare market at present (accounting for 52.2% of total spending) and we expect the growth momentum to continue and, as such, private healthcare spending will increase as a share of total health expenditure to 54% by 2027,” the report added.